Download Bennett Paster’s bio as a pdf in 3 convenient lengths: 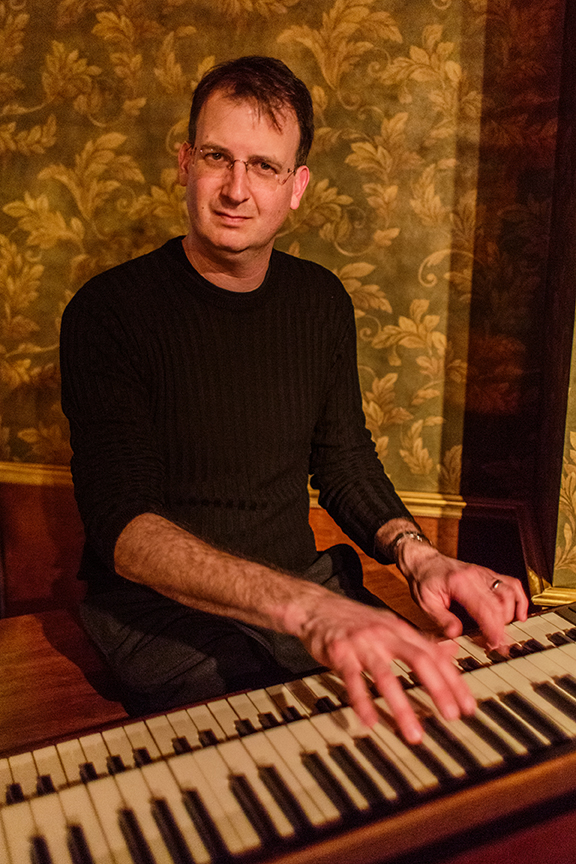 Paster was born in Washington D.C. in 1970.  Two years later, his family relocated to Albuquerque, New Mexico where he grew up. Throughout high school he played jazz and popular music; from age 14 he performed as a professional musician around New Mexico.  Deciding to pursue a career in music, Paster moved to Boston, MA in 1988.  He attended college simultaneously at Tufts University and New England Conservatory of Music, receiving both a BA in English and a BM in Jazz Studies. At NEC he studied with Dave Holland, Cecil McBee, Geri Allen, Paul Bley and Stanley Cowell. In addition to increasing his knowledge of jazz at NEC, living and studying in Boston broadened Paster’s influences to include 20th century classical music and avant-garde improvisation.

Committed to furthering his career and his musical development, Paster moved to Brooklyn, New York in 1996. It was there that he began to develop his newly found love for Afro-Cuban music and Latin jazz. In 1999 Paster and bassist Gregory Ryan founded Grupo Yanqui to perform their original Latin jazz and to interpret classic Latin standards.  This band was selected to tour internationally as a part of the prestigious US State Department / Jazz at Lincoln Center “The Rhythm Road: American Music Abroad” program.  They performed at concert halls, clubs and schools in Sweden, Russia, Estonia, and Serbia and Montenegro throughout February 2006 and they returned to Belgrade to teach for two weeks in October 2006.  Grupo Yanqui released their second CD “Grupo Yanqui Rides Again” on Miles High Records in 2008.  The recording received universal critical acclaim in both the national and international jazz press and was listed as a top ten Record of the Year in Jazz Review.

He participated in the “Rhythm Road” program again in 2010 and 2011, this time as a sideman, with Paul Beaudry and Pathways.  The group travelled to Central and South America and Central and South Asia performing concerts, teaching workshops and engaging in cultural exchange.

His most recent solo release “Relentless Pursuit of the Beautiful” (2011) is a broad-based modern jazz recording that equally showcases his compositions and his piano playing. Recorded one sweltering July day in Brooklyn after a series of monthly performances at Greenwich Village music club The 55 Bar, the album vividly captures snapshots in the ensemble’s development. Their group interplay and unwavering melodicism render a rich, eminently listenable music that draws in the listener and brings them along on their journey.

Featuring Paster on Hammond organ and vintage keyboards, Organic! is a funky psychedelic organ trio.  Organic! performs live improvised compositions that are rooted in the tradition of 70’s instrumental funk and R&B.  Paster engineered and produced their two CDs “The Undoing” (2001) and “Sweets” (2006) at Benny’s Wash ‘n’ Dry.

The sophomore recording by his jazz piano trio, Paster, Ryan & Hall is entitled “Invisible Horizon” (2006).  This album showcases Paster’s broad vision of modern jazz.  Though totally swinging, the CD covers significantly more ground. In their insightful, melodic original compositions, Paster and his band-mates incorporate R&B, funk and Latin grooves with comfortable authority. Plus, they’ve included their unique arrangements of several standards.  Paster describes “Invisible Horizon” as being ripe with “the Good Feeling.”  The disc is the follow-up to their critically acclaimed debut “Skyline” (2004).

Paster was a finalist in the 2008 Great American Jazz Piano competition, held annually in Jacksonville, Florida.  He performed solo and trio in front of more than 1000 people.

Paster’s fluency in pop, jazz and Latin styles has made him an indispensable fixture on the NYC music scene.  His ability to transcend a single genre has made Paster a popular studio musician among singer/songwriters.  He is comfortable playing acoustic piano and electric keyboards; he is an experienced Hammond organist and he plays and programs all types of synthesizers.  Paster works as a producer and recording engineer from his studio Benny’s Wash n’ Dry in Brooklyn, NY.  He has appeared as a sideman on over 100 recordings.

“My diverse musical background and life experiences all contribute to my personal style,” Paster said.  “I thrive playing in many contrasting groups- I can’t choose just one style of music.  My colleagues appreciate the broad palette of styles in which I am conversant.  I always try to find the most appropriate sound to bring to any song or project.  My motto is: serve the song.”